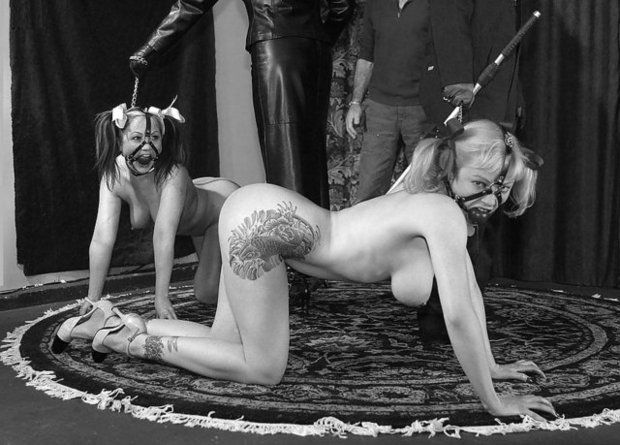 Sadism and Masochism (or Sadomasochism) (S&M)

Consensual submission is sometimes shown to others by symbols indicating his / her belonging to the dominant, such as wearing a necklace, tattoos, special piercings, a very short haircut or a bald head.

Often the  » slavery contracts Are formalized in writing affirming their shared vision of the dynamics of the relationship. The purpose of this type of agreement is primarily to encourage discussion and negotiation in advance, and then to document that understanding for the benefit of all parties. These documents have not been recognized as legally binding, nor are they intended to be. These agreements are binding in the sense that the parties have the hope that the negotiated rules will be followed. Often, other friends and community members can witness the signing of such a document at a ceremony.

The repertoire of SM accessories is only limited by the imagination of the two partners. To some extent, everyday items like clothespins, wooden spoons or plastic wrap are used as SM accessories.